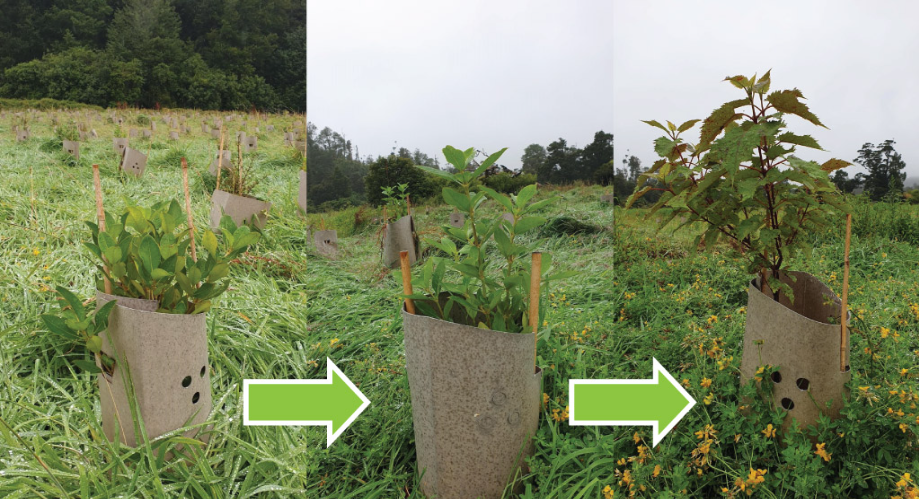 As shown on their website, CVNZ’s vision for the Westland limenite land at Punakaiki is for the development of an ecological corridor that spans from the mountains to the sea. It is integral that this area’s rich biodiversity is restored so it can provide a safe haven for the vulnerable Westland petrel, as this is their only nesting ground.

Conservation Volunteers eco-source and germinate all their seedlings in view of establishing them in the same climate and environment. With thousands of these natives sourced at the West Coast, their goal was to grow, protect and nurture them from the nursery stage to the variety of natives being able to flourish and survive in the harsh West Coast environment. 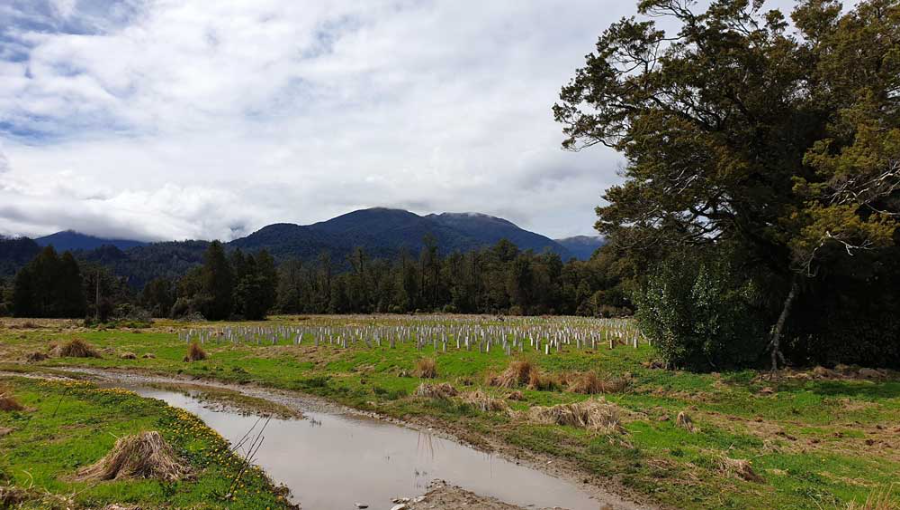 This unique polje (a large flat-floored depression in a karst landscape) required extensive planting, not far from the sea. This area is rampant with the native bird, the Pukeko, which posed a large problem due to their damaging habit of ripping plants out of the ground to feed on the tasty rootball. The beautiful local Weka, as well as voracious rabbits and goats also inhabit the area and pose a constant threat to any seedlings by feasting on fresh foliage and any greenery at hand.

Additionally, due to the heavy rainfall on the West Coast and the low-lying valley being in a flood zone, this posed a likelihood of flooding and the potential risk for plant guards getting washing out to sea.

Advance Landscape System had a biodegradable solution that was resilient enough to take up the challenge of multiple pests and extreme weather events. What was required was a natural biodegradable FiberGuard, sealed with a moisture proof coating that can protect the plants from pukekos and rabbits, all the time nurturing the plants in their own insulative micro-climate. Additionally, it needed to be sturdy to withstand the constant rainfall and subsiding flooding. 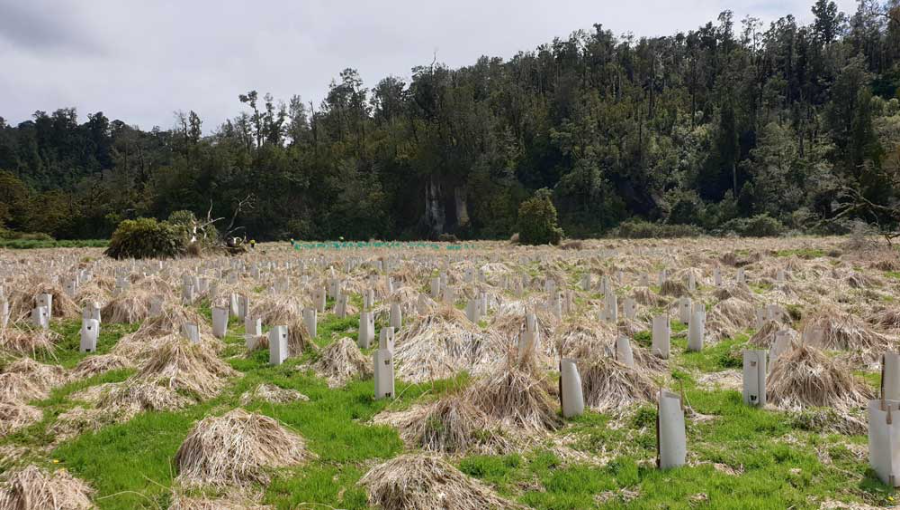 At Advance Landscape Systems we believe in personalised service and follow through and since these Fiberguard plant guards were installed mid-2020, Robert has visited this picturesque location and kept in regular contact with Conservation Volunteers to review how these are performing.

In the past year, this area has been heavily inundated with rainfall and some flooding. This restoration project is located in a valley with steep native bush on each side, with the heavy rainfall causing the water levels to rise and fall quickly and at times the level has risen so high, the guards have been fully submerged. The picture above shows the immediate aftermath of a large storm even, showing the damage to the surround bush and large trees with many flaxes from higher the valley being washed down. However, the Fiberguard has exceeded all expectation! While very few guards succumbed, most of them stood strong and the sodden sleeve dried out and continued to do its job of shielding these seedlings.

In just over a year, they have been resilient to the harsh conditions and the heavy flooding to the West Coast in July 2021 where in some parts of the West Coast, over 300mm of rain fell over a single weekend, which is around a month’s average rainfall concentrated in two days! The Fiberguards continue to stand tall against all odds, protecting from the birds, goats and rabbits while providing a comfortable microclimate for these plants to flourish in. 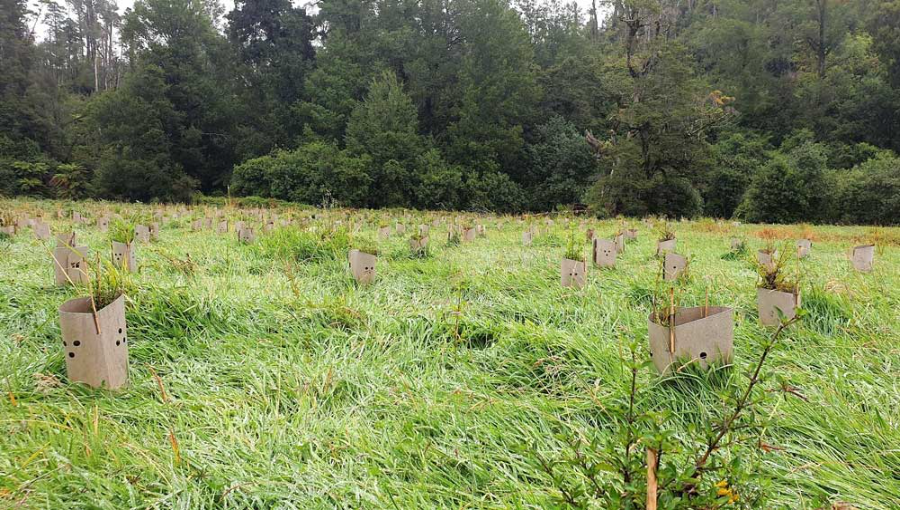